27 more days till I leave for Cambodia! WOW!! I got my shots, passport, paperwork...

Every Tuesday, my team and I meet and talk about our plans and paperwork, but last night we had a guest speaker who lived in the same town we are going visit. He lived in Bataambang with his family until he was 12 years old; before, Khmer Rouge came in and seperated him from his parents. They seperated all of the kids from the adults; then those who were skilled farmers and laborers were taken to the fields, and those who weren't were never seen again. (He said, "I think you know what I mean.")

After 3 years, 8 months and 22 days he escaped and was taken to America with no education and couldn't speak English. His grandparents, cousins, aunts and uncles where killed, but what is so awesome is that he's not angry or bitter. He lives in Baton Rouge with his father and works at Subway and is hoping to open a franchise within the next few months.
WOW again... 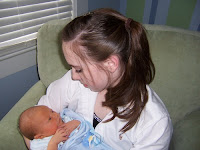 Kristin - Just want you to know how very much your blog has blessed me this evening! I am honored to be accompanying you to the mission fields of Cambodia! I have tears in my eyes as I realize the people that God has placed in my path. Thanks so much for the update from last nite's meeting as I was unable to attend. You're awesome - love you so much!
<><

What an amazing story! I wish I could have listened in on him, So excited you guys are going!!!! It will be amazing.